Newsflash for Teachers: Being an Asshole is Ineffective 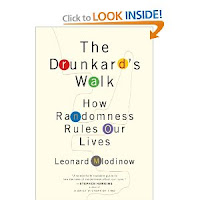 2 responses to “Newsflash for Teachers: Being an Asshole is Ineffective”